AT its height, the Catholic Church in Ireland owned or occupied more than 10,700 properties across the country and controlled nearly 6,700 religious and educational sites.

This left a complex and restricted asset portfolio which cash-strapped dioceses, parishes and religious orders have had difficulty tapping into as they seek to adapt a number of difficulties facing the Church.

An investigation by the Irish Examiner looked at over 1.5 million individual property parcels in all counties excluding Dublin. This included a historical analysis of the relevant owners and leaseholders.

*At one point, one in every 100 rateable properties in the state was linked to the Catholic Church.

*The largest class of owners within this portfolio were individual priests rather than parish or diocesan bodies.

*20% of all Church properties were listed as houses.

*Despite selling over €667 million worth of land in the last 10 years, the 18 religious orders covered under the redress scheme retained much of their historical portfolio.

The information was gleaned from records in use up to the end of the 1970s, when homeowners still paid rates. This was supplemented with up-to-date data on commercial premises. The analysis was only possible through the recent computerisation of the Valuation Office.

The historical spreadsheet showed 56% of the Church’s property, which was not held by religious orders, was owned by individual priests.

The Catholic Communications Office said that parishes and dioceses were preparing registers of assets to meet industry standards. The majority of dioceses were transferring properties under the scope of general trusts.

Where properties were in another name, it said, they were held in trust for dioceses who would manage them into the future.

"As the number of priests working in parishes declines, some parish properties become vacant. Normally, their use is then determined by the bishop, the diocesan trust and the parish pastoral council."

On top of sites listed in the name of dioceses, orders, parishes or specific priests, there were 2,080 churches or chapels where it was unclear if the owners were Catholic. This excluded over 400 places of worship held by other faiths.

There were also 2,600 primary schools where the owner was not obvious. 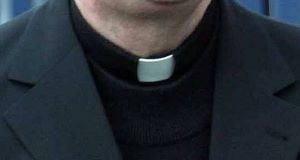 The legacy of Religion Inc

WITH an asset base worth €2.6 billion, 17 religious orders have been asked by the state to find up to €350 million in cash or property as an additional contribution to the redress deal.

This €2.6bn figure does not include many sites already placed in trust or the assets offered, and accepted by the state, as part of the 2001 indemnity deal.

The overall figure also does not reflect buildings held under a number of different companies established by the orders, such as the firms the Sisters of Charity set up to manage St Vincent’s Hospital (Dublin), St Patrick’s Hospital (Cork) and Our Lady’s Hospice.

In individual submissions to the Department of Education, the orders involved in redress have explained the "handicapped" nature of their property holdings and the difficulty they had placing any realistic value on them.

For instance, the Order of St John of God and the Brothers of Charity outlined how their campuses are in use for those who need their services. And, they said, it would not be practical to assess their facilities as anything other than the hospitals, day-care centres or training centres which they are today.

However, the property assets, which include development land, farms and vacant houses, were also supplemented with €579m in financial assets and overseas investments.

This information was prepared by the 17 orders in mid-2009 and it is not clear if they suffered similar hits in equity stocks, which has seen individual dioceses lose in excess of €10m on Bank of Ireland shares.

The orders have said much of these financial assets have been earmarked for the continuing care of their aging congregations or international obligations.

However, despite these falling vocations, the orders are still in control of expansive asset piles amassed when they were more powerful and active in Irish society.

An up-to-date breakdown is not possible to assemble for the majority of, mostly smaller, religious orders with operations in Ireland.

However, precise inventories were released for those groups investigated by Judge Sean Ryan in his inquires into residential child abuse. Seventeen of the 18 orders concerned are outlined here today.

The Sisters of Mercy was detailed yesterday and information on other orders was not available as they were not part of the investigation into residential child sex abuse and therefore did not have to disclose assets to the Government.

However, a historic record of domestic properties and a contemporary examination of current commercial premises revealed that many non-redress orders had or have large property portfolios.

More than 1.5m Valuation Office records show that these are, in most cases, focused in geographic areas where certain orders built up bases.

These include in small numbers, the Bon Secours Sisters in Cork, the Marist community in the north-west, the Brigidine Sisters in the south-east and the Jesuits in Limerick, Galway and Dublin. Others, such as the Franciscan Sisters and Franciscan Brothers, had selective holdings right across the country.

Details on these orders is limited, save for historic holdings which were held within the 1.5m holding records on the Valuation Office website.

However, the last decade has shown how some these orders have been able to sweat some of their assets.

Again, the 18 orders involved in the redress scheme offered a window into the nature of the trades in their submissions to the Department of Education.

These showed that, along with the Sisters of Mercy, the 17 orders detailed today made a combined €667m in land sales between 1999 and 2009.

On the basis of the traditional ownership records held in Valuation Office and current commercial occupancy data, there were up to 2,900 plots linked to various religious orders, including the 18 involved in redress.

And their current assets also allow them, or people using their properties, to generate revenues.

For instance the Presentation Sisters in Cork made €47,080 in agricultural grants for its land between 2000 and 2010.

Other bodies, such as the Office of Public Works and Department of Agriculture, have receipts for small payments for the use of meeting rooms and conference facilities.

This is all in addition to standard grants for the provision of healthcare, social work and education services.

The sight of sisters and brothers on the corridors of schools and hospitals has diminished.

And the numbers still active in the congregations suggest in many cases the orders are in the process of winding down their assets through the vehicles of trusts, private companies and similarly minded organisations.

However, because some were involved in institutions which have become so strategic, they ensure the legacy of the religious communities continue in the assets they hold.

Permalink Reply by pauline jackson on November 2, 2011 at 18:42
In all countrys thay own lots of priperty. in italy its 20 per cent. but i wonder what the greek catholic church owns. if all that was measured it would be a very large share for a buisness thats supposed to be charity. the poor bring in lots of money in many different ways. thay proberly pay protection too.

Permalink Reply by pauline jackson on November 2, 2011 at 21:09
oooppppssss i meant to write property. sorry about that .

In the second part of our special investigation, we examine the property and companies of the religious order, the Sisters of Mercy.

DESPITE playing a significant part in the residential child abuse and Magdalene Laundries’ scandals the Sisters of Mercy remains one of the largest and most powerful corporate entities in the country.

Setting aside debts and obligations it is responsible for a matrix of health, education and property holdings with fixed assets worth €1.62 billion. It also has reported to owning financial investments worth €182m.

The portfolio has been pieced together from company accounts, land records and information the order supplied to the Department of Education ahead of the renegotiated redress deal.

The Irish congregation is split up into four sections. By far the largest is the South Central Province, stretching from Dublin through the Midlands and west to Limerick and Clare. Its assets include the intricate Mater Hospital group and joint trusteeship of Mary Immaculate College in Limerick.

The Southern Province encompasses Cork, Kerry, Tipperary, Waterford and Wexford. The Western Province has responsibility for holding assets from Galway to Sligo and across the northern section of the Midlands.

The details available for the Northern Province were less precise because of way it filed its information and the fact it was split between jurisdictions.

The convents, houses, nursing homes and land banks are held in a variety of holding companies and in, a small number of cases, by individual sisters.

The order’s businesses are almost exclusively run as charities with properties managed by trusts committed to supporting and furthering the ideals of the congregation.

The order has given €33m to the original redress scheme and offered another €125m to revised negotiations in 2009.

The Sisters of Mercy  they were not part of the investigation into residental child sex abuse therefore did not have to disclose assets to the Government ?,  So children of ages from 2 till 16 had to all line up NAKID while been beaten waiting to get into the jays fluid bath which was thick with scum and freezing with the staff screaming next next next pushing children under the freezing water and out quick , children had to stand in a straight line all NAKID all AGES to be painted with thick white stuff that stung and stank  the Staff  and Nun's would be at the end of the long room with massive tin buckets of the thick white stuff beleived to have been DDT they used large paint brushes to plaster the children all over their body's  Face and head,  they enjoyed and laughed as they beat the brushes on the bodies that hurt then the children were forced to stand Nakid waiting for the stuff to dry.imaging the embarrassment of trying to hide your nakid body >It shows they had no respect at all for the children>  That is Sexual Abuse,     It was a concentration Camp.

I still remember this. it was so embarrassing as the rest of the time we were so used to getting dressed and undressed under a nighty. we wiggled into our clothes as fast as possable under the nuns orders. then all of a sudden we all had to get undressed. what nasty women thay were But i think that it was from childhood that thay thaught of themselves as better than others. Angry  and frustated because of the live that had been chosen for them.

is that JUST in the South of Ireland?, not forgetting the Massive Huge property portfolio World wide owned by them.