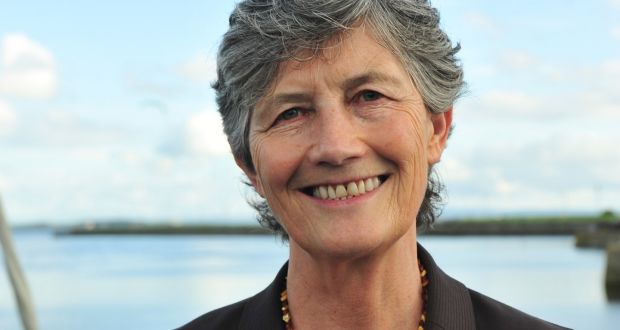 Catherine Connolly, along with Clare Daly, is publishing the submission by Reclaiming Self, a voluntary group of psychologists, solicitors and advocates, to the United Nations Committee Against Torture.


Caranua, the independent statutory body tasked with providing services to survivors of institutional abuse, “re-abuses” survivors by being “hostile, rude, aggressive and abusive”, the United Nations will be told on Tuesday.

Many regret applying to Caranua for services, while psychologists report having to counsel abuse survivors following their experiences with the agency, a group advocating for survivors says.

Reclaiming Self, a voluntary group of psychologists, solicitors and advocates, makes the submission to the United Nations Committee Against Torture (CAT), which is being published by Independents4Change TDs Catherine Connolly and Clare Daly.

Ireland appears before the Geneva-based UN CAT for questioning on compliance with the Convention against Torture and Other Cruel, Inhuman or Degrading Treatment, at the end of the month.

Though the submission raises abuse survivors’ concerns about the 1999-2009 Ryan Commission to Inquire into Child Abuse – including its apparent downplaying of the State’s culpability in institutional abuse and the absence of prosecutions following it – and about the subsequent redress scheme, the submission’s primary focus is on Caranua.

Meaning “new friend” in Irish, the agency was established under the 2012 Residential Institutions Statutory Fund Act to manage €110 million pledged by religious congregations to enhance survivors’ lives. Survivors who have received awards from the Redress Board may apply for grants under such headings as education, health and housing.

Reclaiming Self outlines survivors’ difficulties with Caranua, including long response times, difficulty getting to speak to staff, refusal of Caranua staff to meet survivors at their premises, alleged hostility from staff, and caps being put on how much people may apply for, apparently without explanation.

“The experiences of victims and their representatives are mostly negative. Victims categorised the process as demeaning as they were made to feel like they were begging for services.”

Psychologist Hilary Somerville, who works with institutional abuse survivors, is quoted as saying clients’ engagement with Caranua has “triggered . . . old feelings” including “not having a voice, not being worthy, not deserving of help and respect, feeling fearful and feeling intimidated”.

Any chance they could include Australia? Please? we have the same things here, I don't use any of them anymore as I could not tolerate their further abuse of me - complaints to the different government ministers resulted in not one answer!

Although my former CLINICAL psychologist told me it was because of MY PROBLEM with systems - 'not that she could blame me given my past'!

Hello all,   did anyone get to the meeting at the Irish Embassy in London last Thursday.  according to the caranua website people were invited,  but were they just group leaders?  no mention of survivors attending.    I am sure we all would love to know what the meeting was about.   Anyway have a look at the caranua website under EVENTS.

Hi Elizabeth, I didn't know about either meetings, why is it that the survivors are never informed about these said meeting and it looks like to me that the only people that were at these meeting were the so called support groups of "Survivors"