The pioneering treatment is being performed in the Midland Regional Hospital at Tullamore, Co Offaly in the treatment of osteomyelitis (bone infections caused by bacteria and other germs).

Having first heard about it when working in Thomas Jefferson University Hospital in Philadelphia, The Surgeon followed up on the progress of the Scandinavian procedure upon his return to Ireland.

The Scandinavians came out with it [bioactive glass] about 10 years ago. They were dealing with people who had been in car crashes where glass had become embedded in their face and they realised that the bone grew around it, and miraculously wouldn’t be infected.

“Glass is fairly neutral in that it doesn’t react with the body,” he explains. “We also use ceramics in things like hip replacements for similar reasons.”

Proceeding today with further Facts on the Science of Truth:  Can Truth ever be denied or disproven? – The Science of Truth together with photographs and injuries can never be disproven – It can of course be denied and in most cases to cover up the facts and the truth it will be denied.

For the benefit to discuss the following Xray – Let us work under the Hypothesis that this is bioactive glass placed into the bone of the Curvature of the Spine – Now let us look at the Xray of what was once a healthy spine – Remembering from the article above – the bone grows around the glass – Could this be the reason why this once healthy spine is now twisting and turning – Whilst continuing to work under the Hypothesis of the above we have to consider the consequences of such a procedure to a human patient – We cannot for a minute imagine a doctor doing such a procedure in today’s Ireland – 2013 – 2014 – but to break away now from the Hypothesis of such a procedure – we cannot mistake the facts of the evidence here.  1) we have a Curvature of the Spine Xray which clearly shows some type of  transparent object pushed into the pelvic area of this patient.  This alone shows the fact of Female Mutilation of a female patient.  Then the second photograph is of a spine twisting – Noting that these both photographs are of the same patient – The facts of the above speak for themselves.

Now we have to question why is an Irish Government, Irish Medical Council and Irish Gardai persecuting a patient for seeking safety and help from such a procedure done to her WITHOUT KNOWLEDGE OR CONSENT – WHY INDEED?

How many more "procedures" "torture"s need to be done to one patient or any patient - Catholic Ireland - what is your shame, what is your evil, when you abduct human life for your evil game - Oh God Oh God what is to be done with the imposters of manmade gods who dare to hide behind the Good Good Name of God of Love - Angels, Most High, Angels so true - expose the rot in Church and State abuse today - Ireland 2014 - they first gave medicines to break down good health lives - just as they did back then - when children were beaten and children were raped - Magdalene women enslaved in torture - NOTHING HAS CHANGED FOR WOMEN TODAY...First Thyroid broken down by Novartis drug Aliskiren - the cover up of that is ongoing - Look at what a doctor can do to a patient under the guise of a a foot operation - surgeryscars to neck and all over body - No safety for patients in Ireland today whilst EU funding is flowing for doctors to do Dr Mengele type experiments - 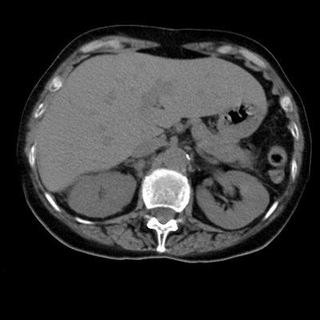