The report from One in Four found that, in many cases, the victim is blamed for the abuse instead of the perpetrator. 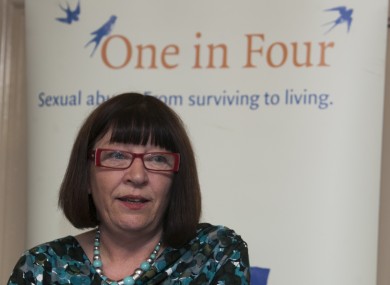 FOUR PEOPLE WHO survived child sex abuse took their own lives while waiting for life-saving help, a new report has found.

The study from survivors’ group One in Four showed how four people on their waiting list died by suicide before they could get treatment.

Speaking at the launch of the group’s annual report, One In Four executive director Maeve Lewis said these deaths were “absolutely preventable.”

She explained: “We meet men and women from all walks of life and from all over the country. What they have in common is the devastating impact that child sexual abuse has had on their lives.

“Sadly, we cannot respond immediately to the people who contact us and some are waiting up to six months for an appointment.  We know that four people have taken their own lives while on our waiting list in the past four years.

This is an absolutely preventable tragedy. 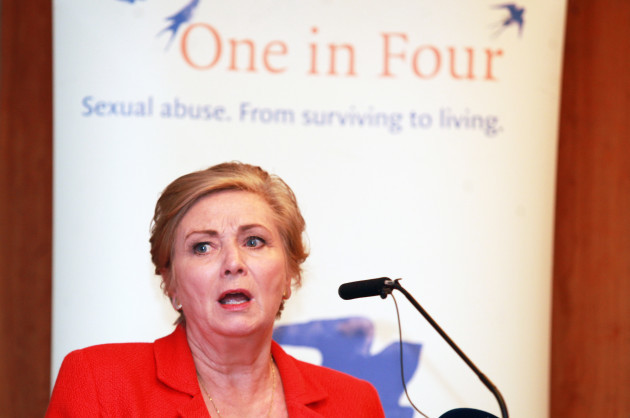 Justice Minister Frances Fitzgerald at the launch of One in Four Annual Report. Source: Leah Farrell

At the launch of the group’s annual report, Lewis said there were a number of cases which showed how wives are dependent on their husbands.

In other cases, the child was blamed for their abusers’ actions.

She explained: “But we have also learned that the wives and partners of the offenders play a vital role in child protection.

“Many of these women are highly dependent on their partners, and often blame the child for what has happened.

“One woman told us that her 11 year old daughter was ‘a slut who had stolen her husband from her’ .

“Through our work with the wives, they come to understand the part they have played in the family dynamics that supported the abusive behaviour.

They can then work with Tusla to keep their children safe.

In 2015 One in Four said they provided counselling to 116 adult survivors of child sexual abuse and to 40 families, a total of 2,563 therapy hours.

The yearly report also found that:

Lewis added: “There has undoubtedly been a sea change in Irish society’s understanding of child sexual abuse and this is reflected in the raft of legislative and policy changes that have emerged in the past two years.

“However, I do not believe that people really appreciate how pervasive abuse is, how so many children are abused at home and how devastating the impact is throughout a person’s life.  While this mind-set persists, children will continue to be sexually abused.”

Speaking at the launch of the report, Justice Minister Frances Fitzgerald said: “As well as legislative initiatives, my Department also provides financial support to organisations responding to sexual abuse such as One in Four through the Victims of Crime Office.

“Since 2006, almost €700,000 has been allocated to assist in its work, including an allocation of €87,000 this year, an increase of €14,000 on the funding provided in 2015. This reflected a general year-on-year increase in funding available for services to victims of crime.”