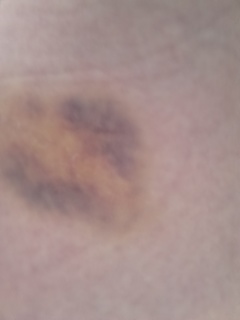 Rest in Peace...Seamus your words back then..echo today the crimes of Church and State against women...the internment camps are hospitals who torture, medically violation and plundering the innocent bodies of women...the elite of Gardai and Church send rapists to track and stalk and the paedophiles are hired again by Church and State to stalk and harm women today, their houses robbed from them, just as their female organs...and how the elite of the unholy State use their secret weapons..Women in Ireland today...we are enslaved prisoners of pharma by the judas of life again the unholy church and state....we are the magdalene women, still abducted, still tortured, just like babies were torn from our breasts for sale to the highest bidder our ovaries and so much more are ripped from our bodies by doctors who do evil...we are the mothers from the mother and baby homes, used in clinical trials for profit by the unholy Church and State...and in our hearts we are the abducted children beaten down, tortured, raped...where no one will listen and where no one cares...we are the enslaved Irish in the internment for abuse and control...and yet we are the victims for human torture that has never stopped...just like back

then Seamus the spy, the usual informer is sent to the enslaved prisoner and plays the role of "friend" just like back then....

No Mercy, No Good Friday Agreement as criminals are pardoned and join with the true criminals of our blood soaked Ireland...the unholy Catholic Church and State...Ireland 2015...Even with the evidence before them Seamus...they still torture and lie...even with the evidence and truth before the unholy Church and State...women are still being abducted for enslavement and torture...just like back then....Jesus is our only Friend...Forgive them Lord, for they know well what they do...My Angel's Name is Jesus and He sees all and will meet you all one by one...

With Love and Respect to you Seamus Heaney, perhaps it is because "We Say Nothing" the unholy Catholic Church and State abuse and torture to women and children continues in unHoly Ireland today...Rest in Peace you wonderful Poet, Writer and Loving Soul of Ireland...

I.
I'm writing just after an encounter
With an English journalist in search of 'views
On the Irish thing'. I'm back in winter
Quarters where bad news is no longer news,
Where media-men and stringers sniff and point,
Where zoom lenses, recorders and coiled leads
Litter the hotels. The times are out of joint
But I incline as much to rosary beads
As to the jottings and analyses
Of politicians and newspapermen
Who've scribbled down the long campaign from gas
And protest to gelignite and Sten,
Who proved upon their pulses 'escalate',
'Backlash' and 'crack down', 'the provisional wing',
'Polarization' and 'long-standing hate'.
Yet I live here, I live here too, I sing,
Expertly civil-tongued with civil neighbours
On the high wires of first wireless reports,
Sucking the fake taste, the stony flavours
Of those sanctioned, old, elaborate retorts:
'Oh, it's disgraceful, surely, I agree.'
'Where's it going to end?' 'It's getting worse.'
'They're murderers.' 'Internment, understandably ...'
The 'voice of sanity' is getting hoarse.
III.
"Religion's never mentioned here", of course.
"You know them by their eyes," and hold your tongue.
"One side's as bad as the other," never worse.
Christ, it's near time that some small leak was sprung
In the great dykes the Dutchman made
To dam the dangerous tide that followed Seamus.
Yet for all this art and sedentary trade
I am incapable. The famous
Northern reticence, the tight gag of place
And times: yes, yes. Of the "wee six" I sing
Where to be saved you only must save face
And whatever you say, you say nothing.
Smoke-signals are loud-mouthed compared with us:
Manoeuvrings to find out name and school,
Subtle discrimination by addresses
With hardly an exception to the rule
That Norman, Ken and Sidney signalled Prod
And Seamus (call me Sean) was sure-fire Pape.
O land of password, handgrip, wink and nod,
Of open minds as open as a trap,
Where tongues lie coiled, as under flames lie wicks,
Where half of us, as in a wooden horse
Were cabin'd and confined like wily Greeks,
Besieged within the siege, whispering morse.
IV.
This morning from a dewy motorway
I saw the new camp for the internees:
A bomb had left a crater of fresh clay
In the roadside, and over in the trees
Machine-gun posts defined a real stockade.
There was that white mist you get on a low ground
And it was déjà-vu, some film made
Of Stalag 17, a bad dream with no sound.
Is there a life before death? That's chalked up
In Ballymurphy. Competence with pain,
Coherent miseries, a bite and sup,
We hug our little destiny again.