Essential Reading to find out What does She think of Industrial School Survivors? it begs the Question Does here Employer the Minister for Education Agree? 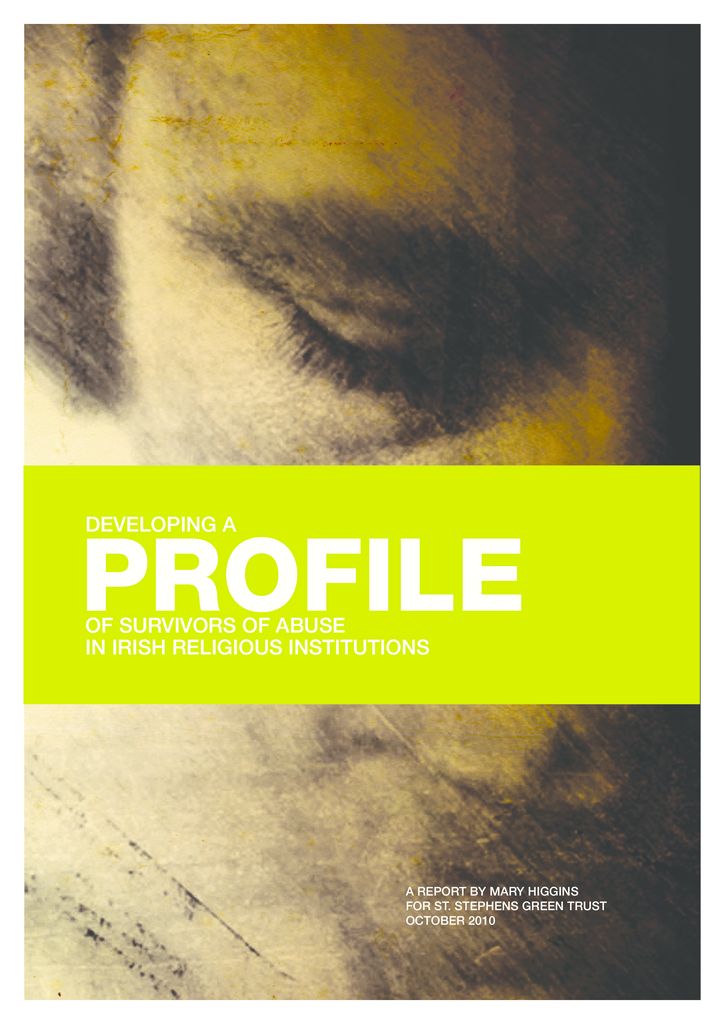 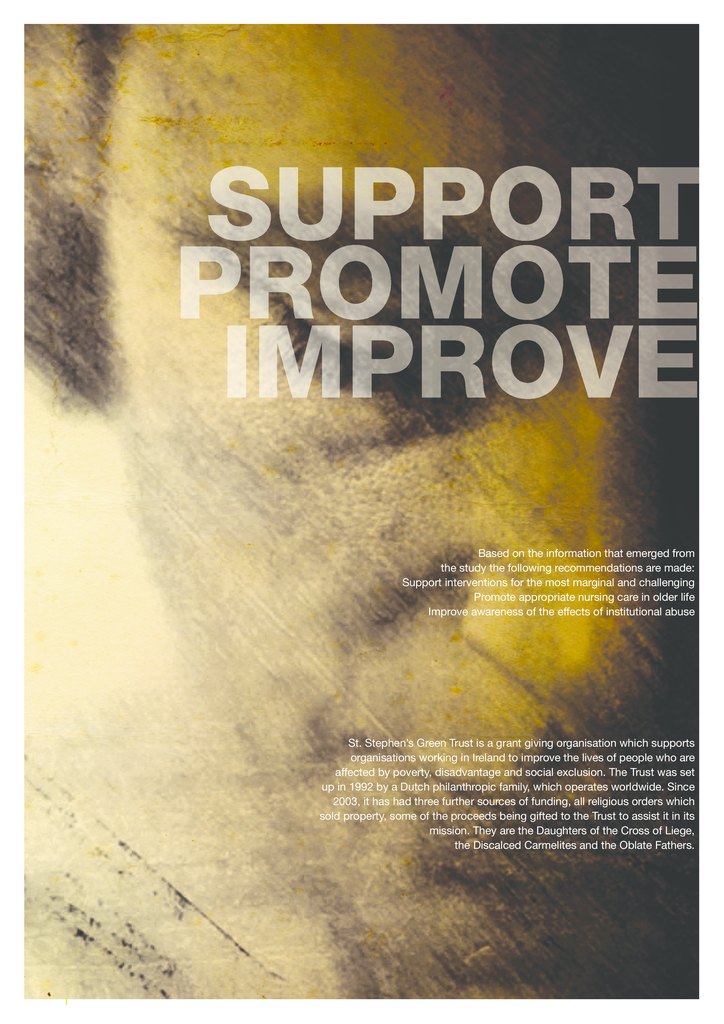 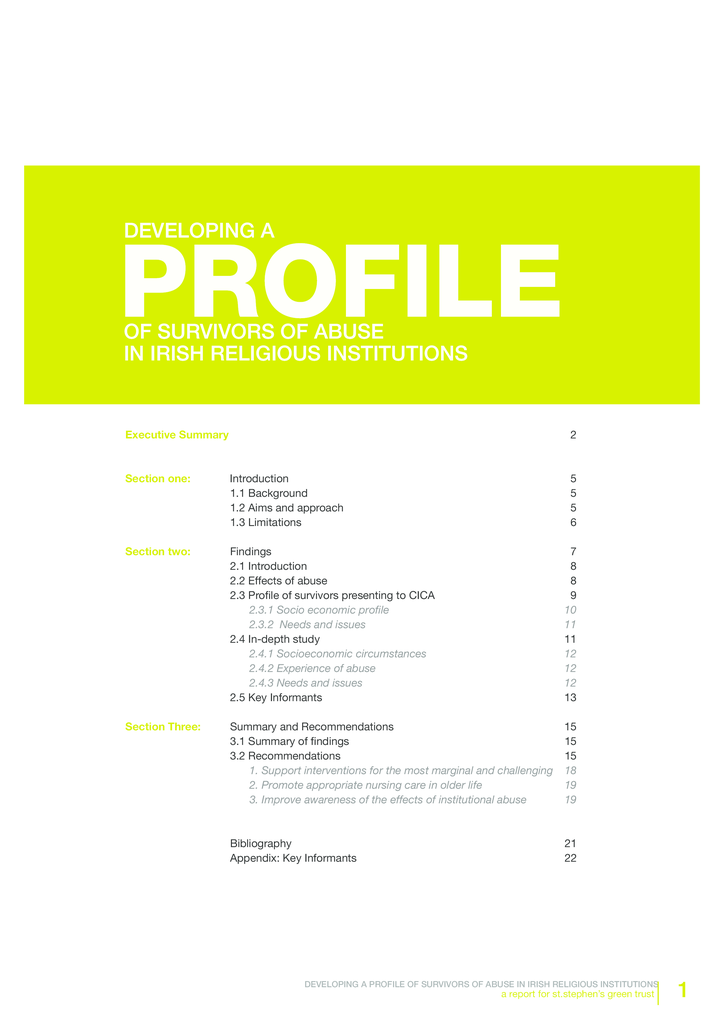 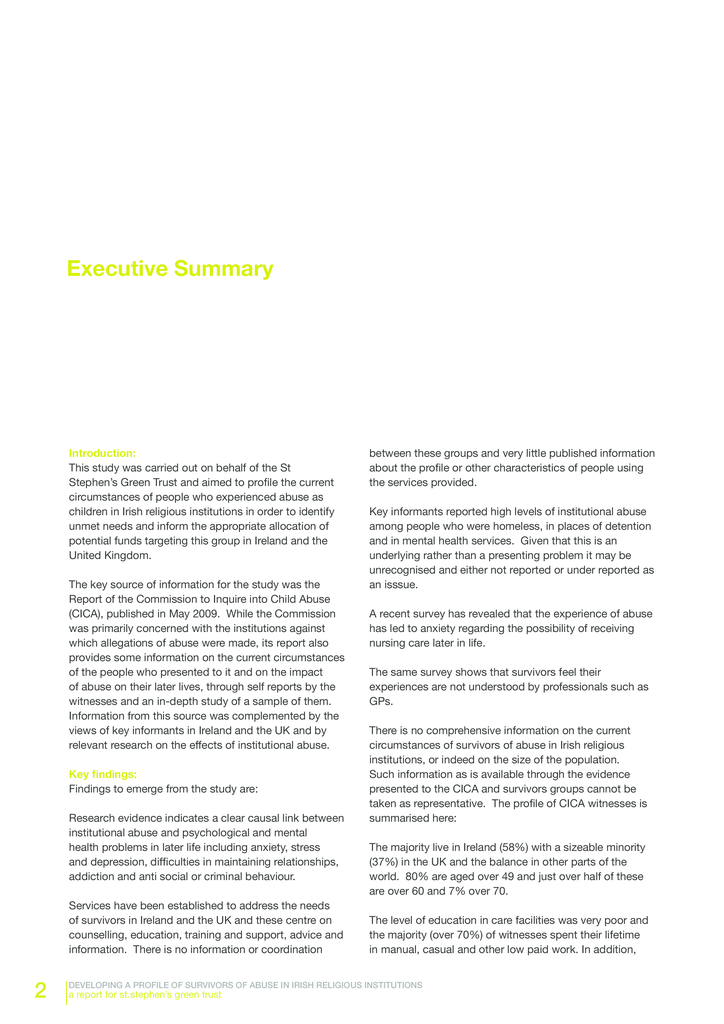 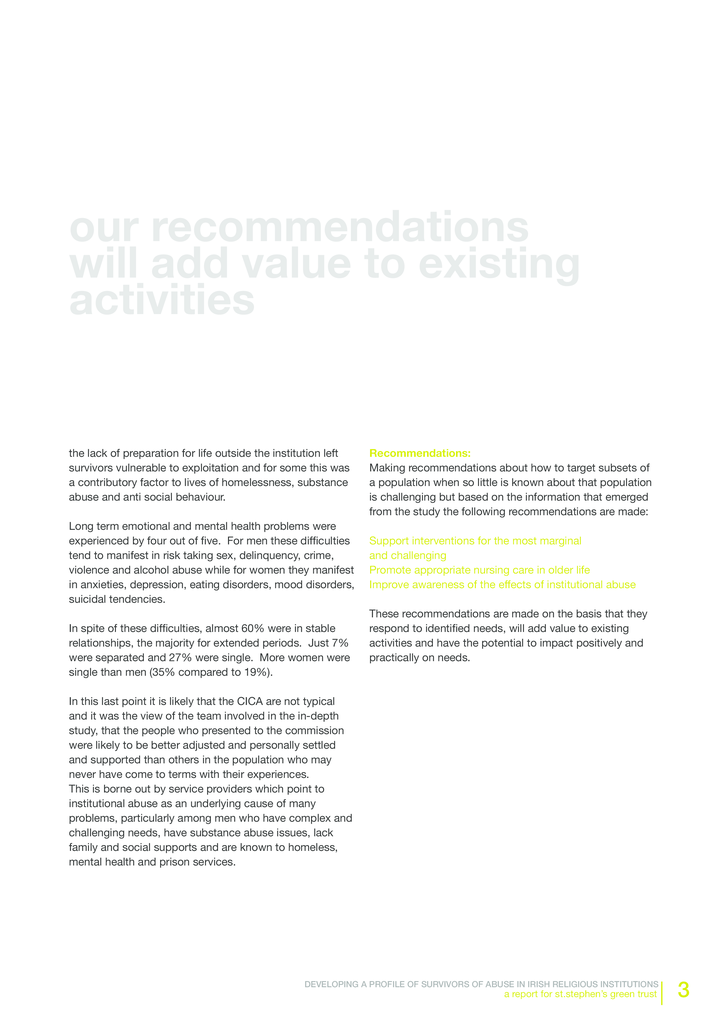 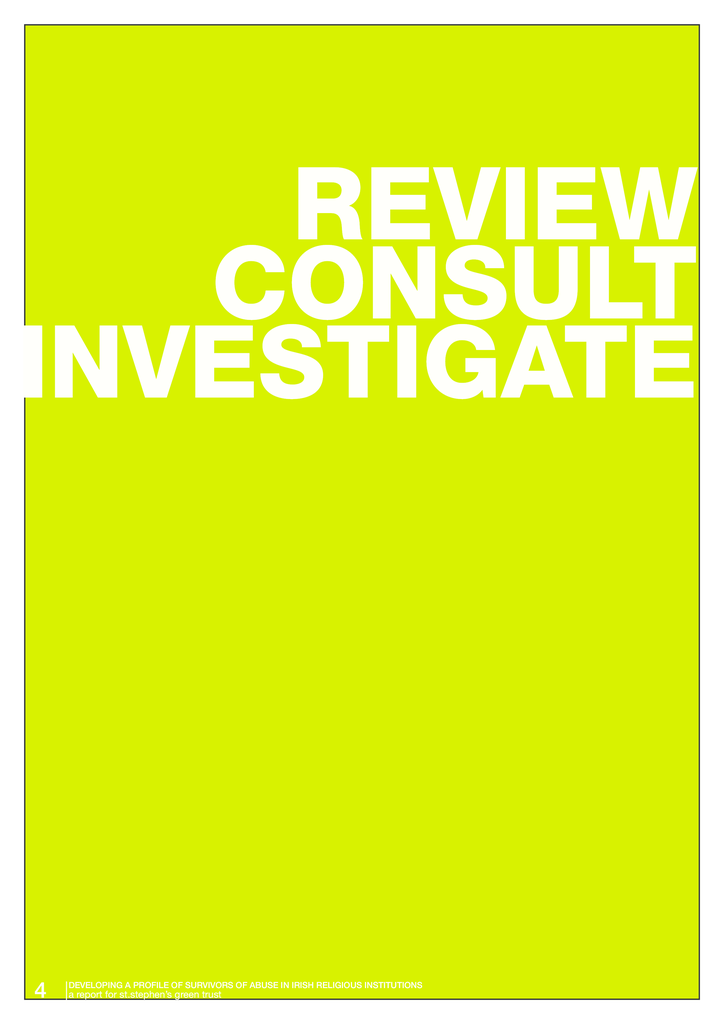 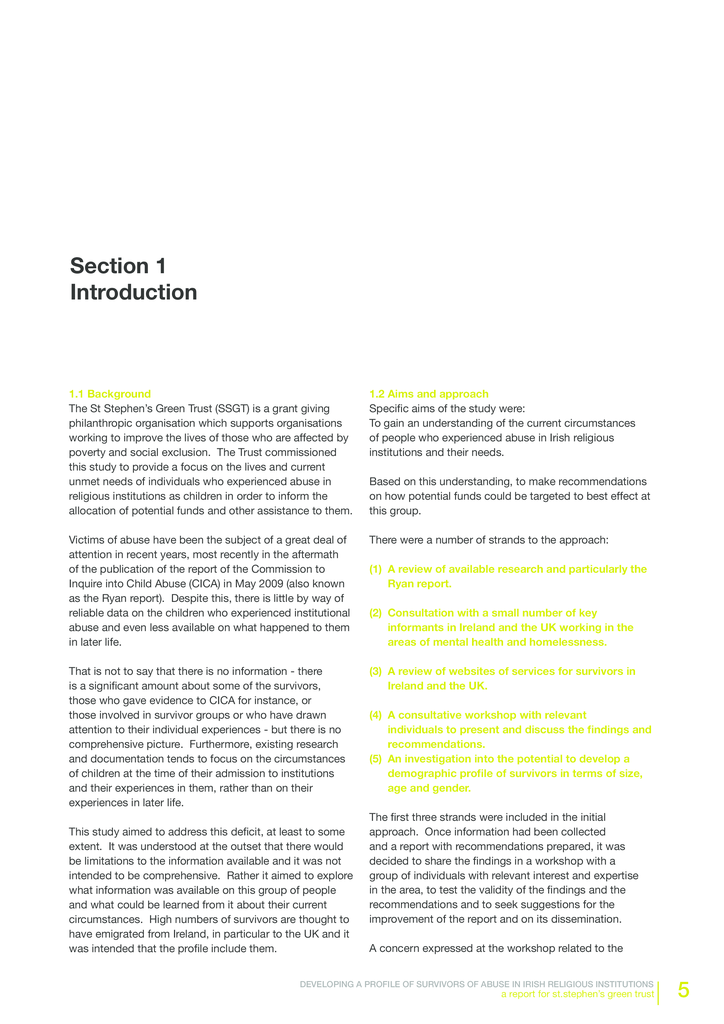 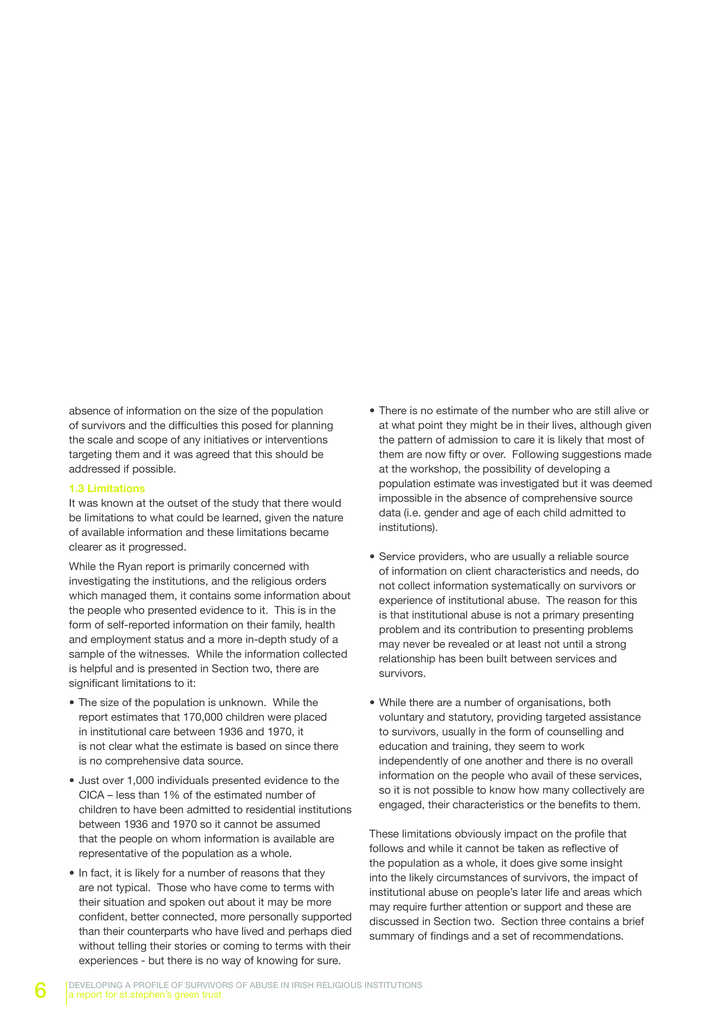 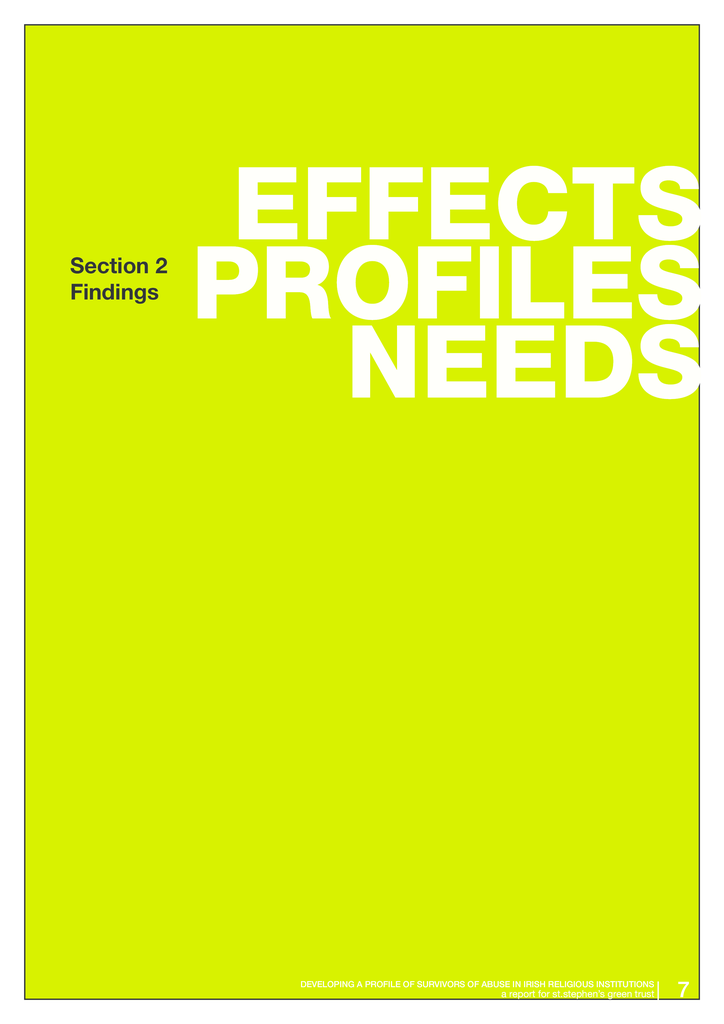 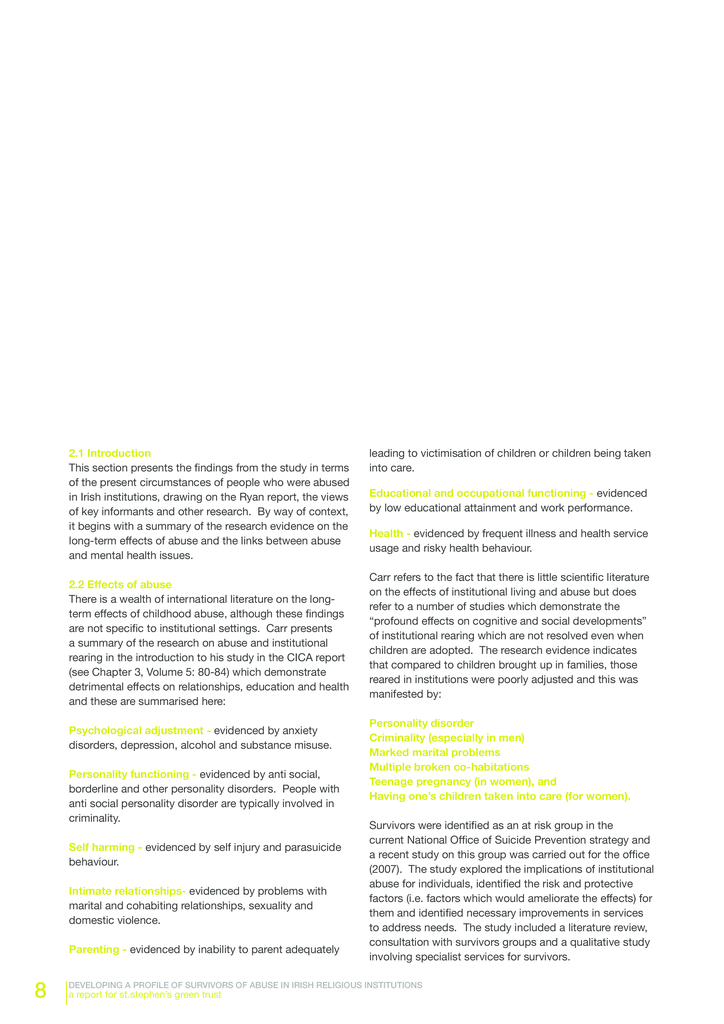 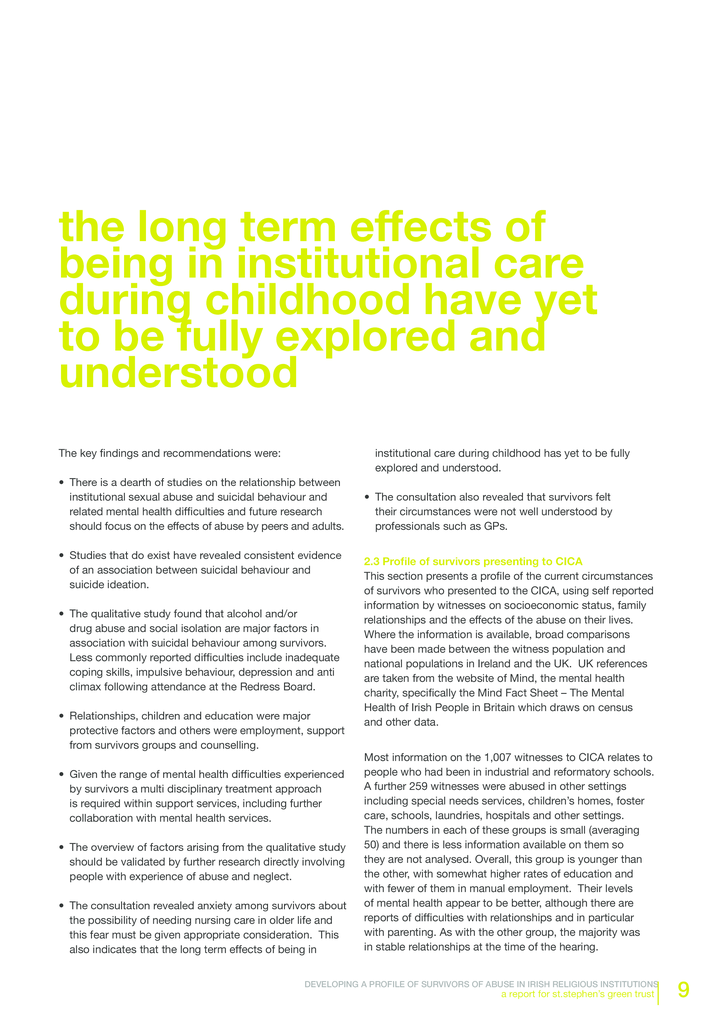 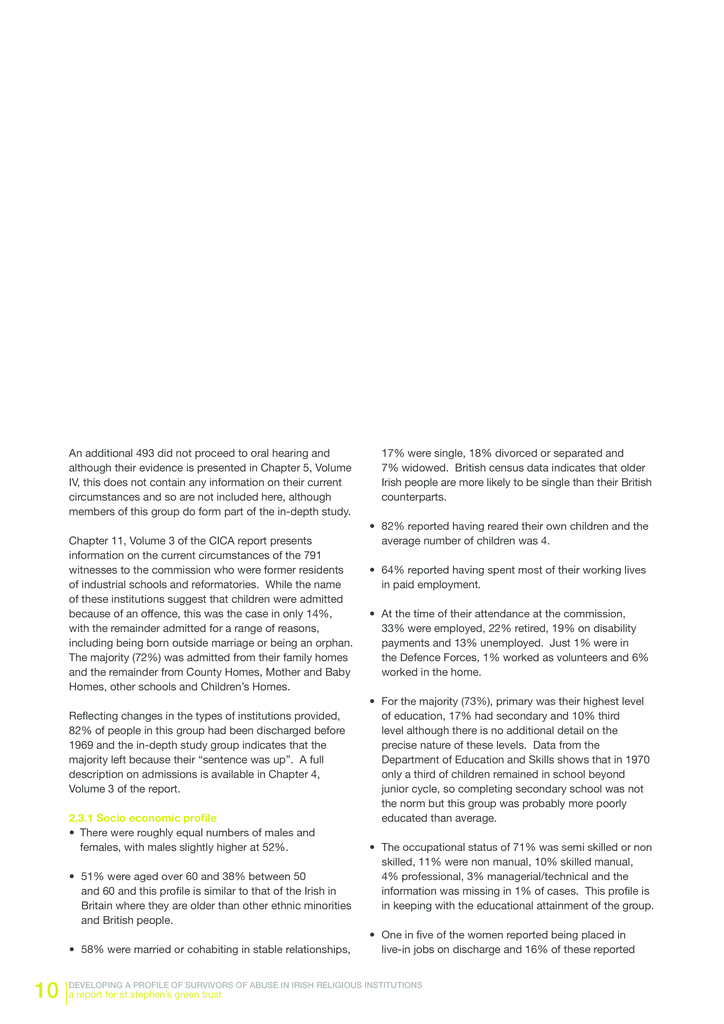 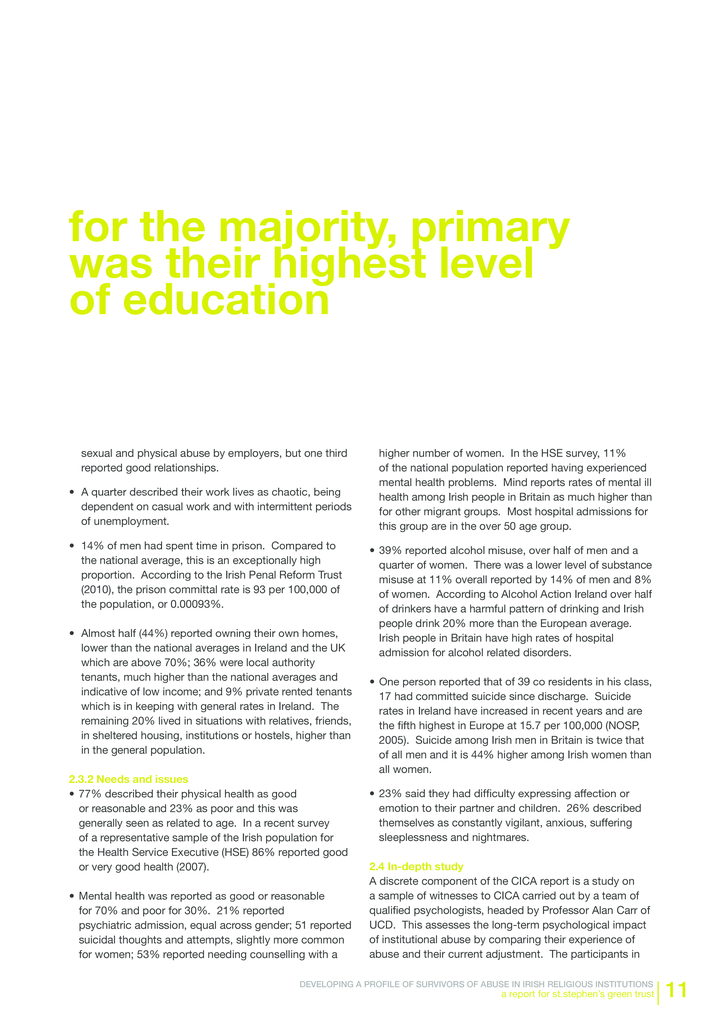 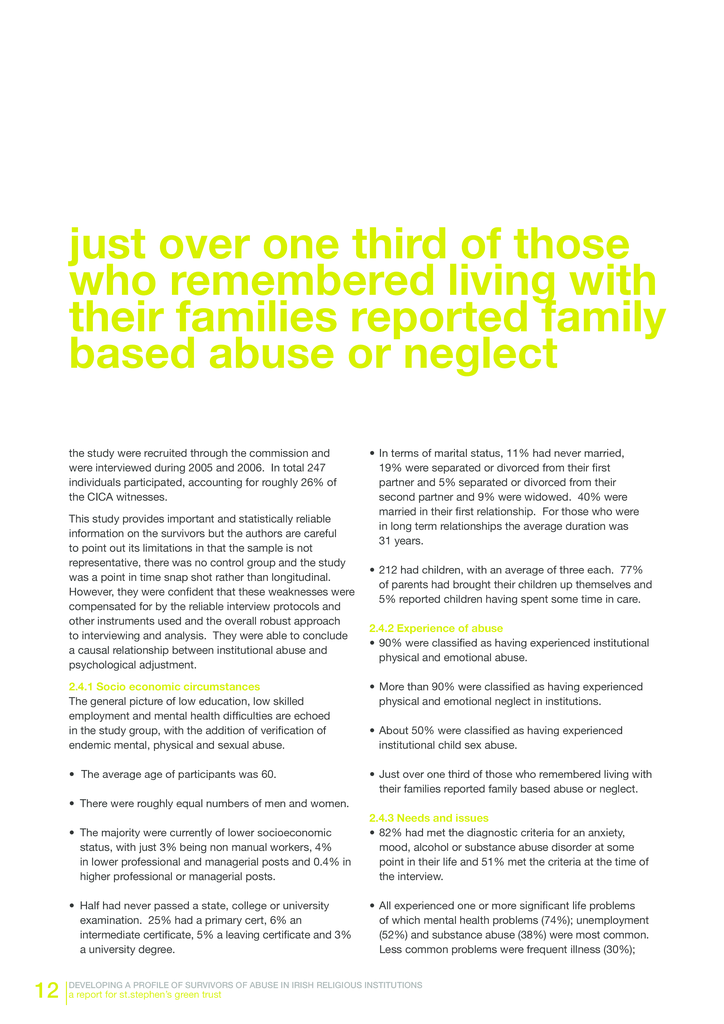 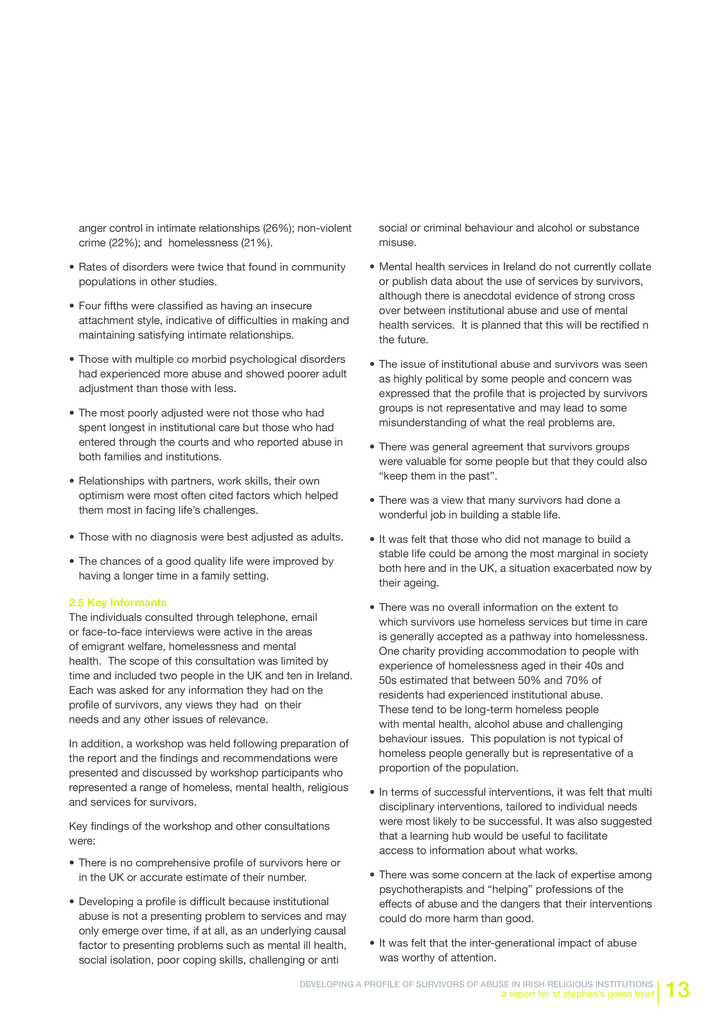 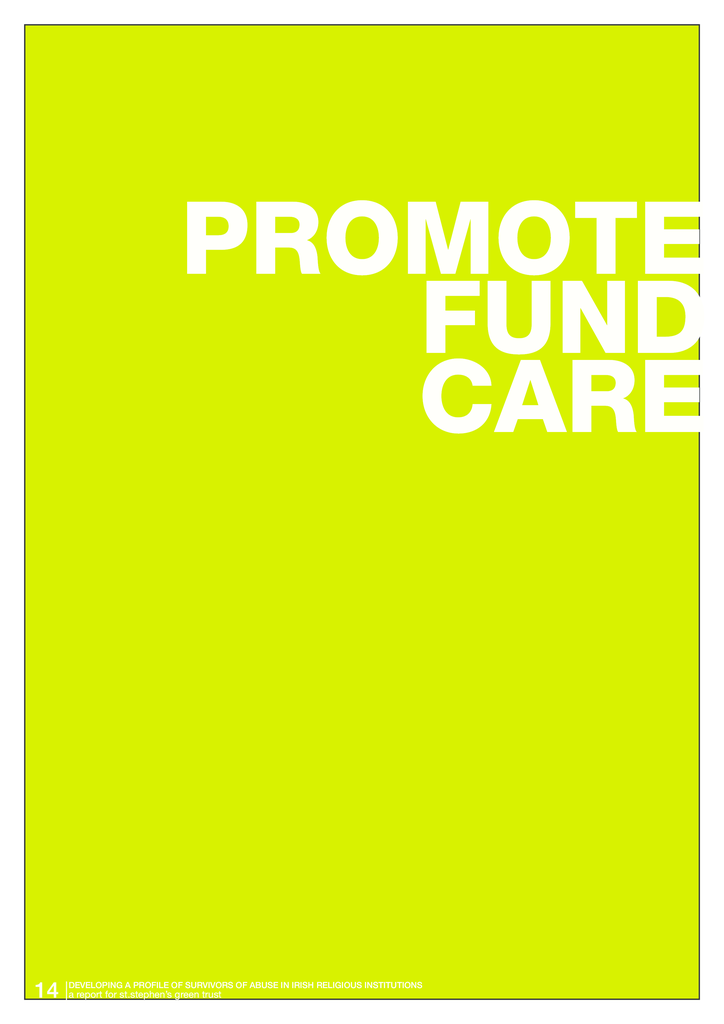 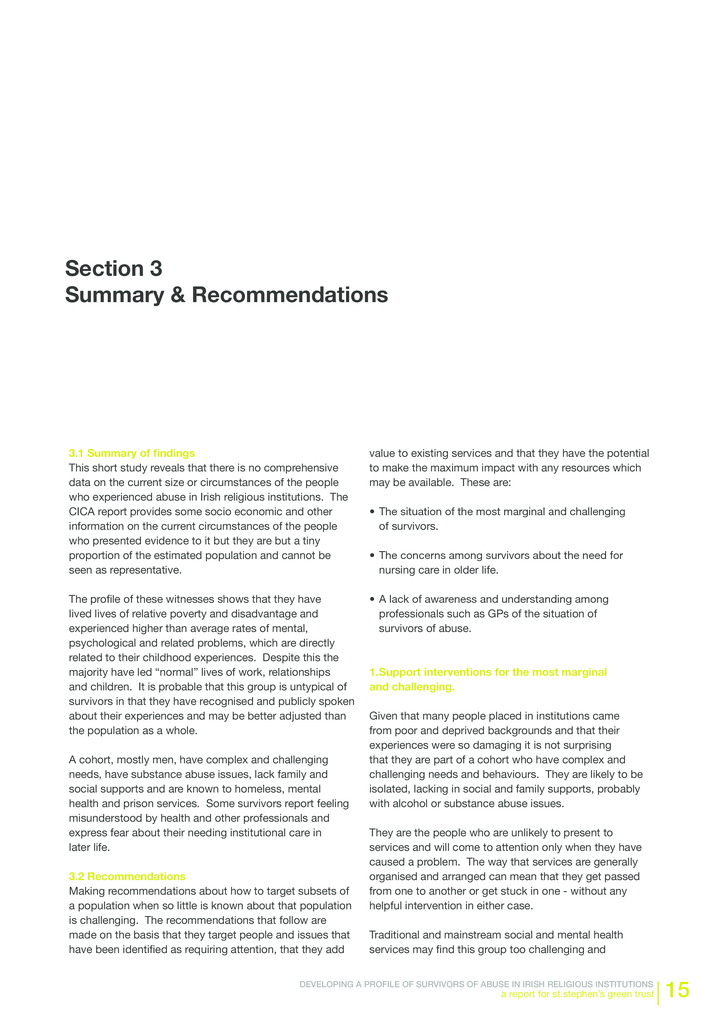 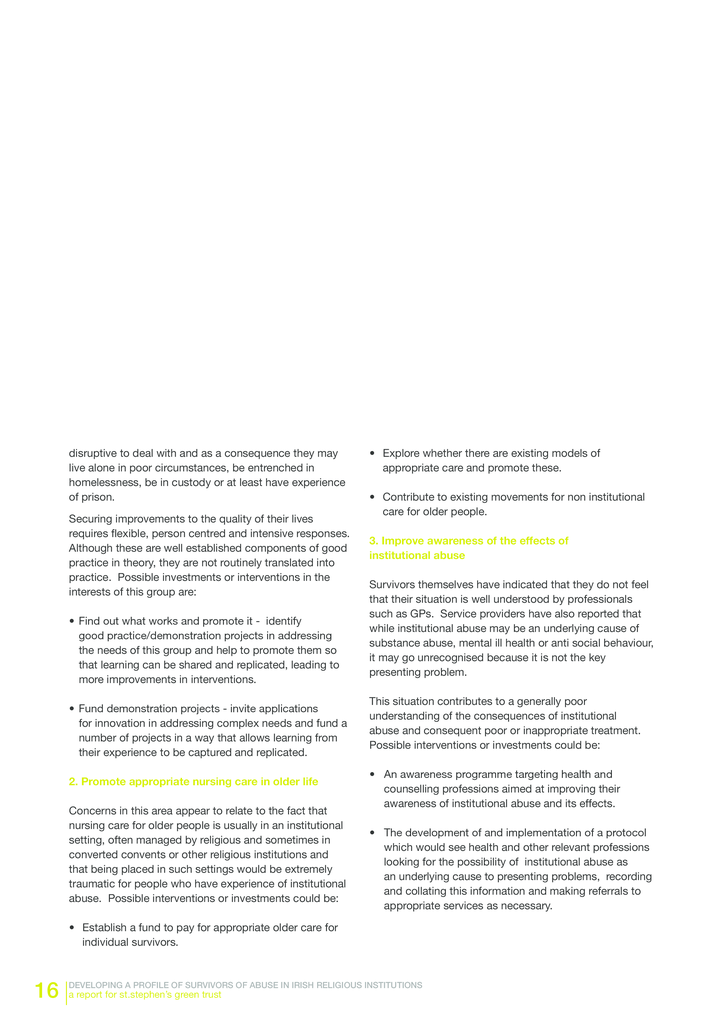 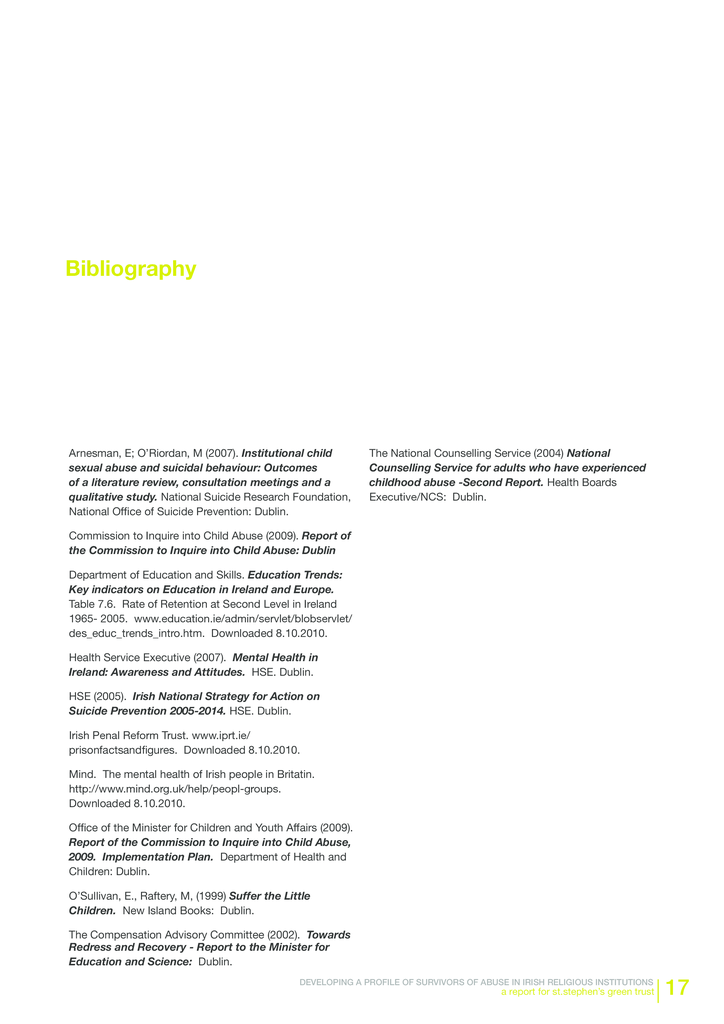 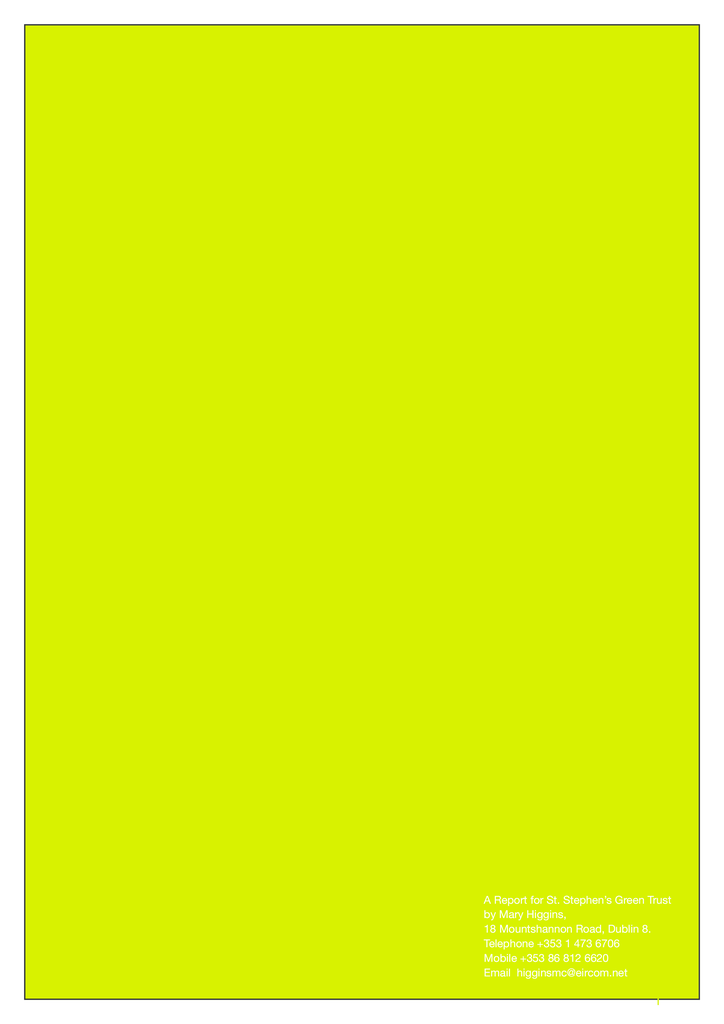 Comment by William Delahunty on June 18, 2016 at 13:46
I did not read all of this but from what I read I came to the conclusion That the setting up of Caranua was well taught out in advance of the Ryan report. The inability of survivors to survive after leaving industrial schools with little or no education and also being institutionlisted was of no consequences to booth the Irish government and the Catholic Church to put it bluntly it was used against survivors when classed as drunks and drug addicts this was mentioned many times in the Dail This was used to set up Caranua it is also a way of the Catholic Church and the government of silenceing the survivors also employing group's to intimate survivors The fingers of the Catholic Church and the Irish government are so fearful of the truth getting out they will employ any scumbag to attempt to cover up the Truth Micheal Woods professor mainnuth collage instigator of the Redress board and giver of immunity to the Catholic Church Mary Higgins involvement with the Catholic Church should have barred her with any involvement with survivors instead it gave her control over survivors lives and money.

It does not surprise me at all, we were abused as kids, were still being abused as adults by the very people being paid large salaries to help us and they thing we are all uneducated mental drug drinking addicts!! From the Catholic Church, the government and now the people put in charge of our trust - I though as trust fund uneducated mental drug drinking addict kids we should be getting a big fat cheque from our trust fund every month!

Comment by Rob Northall on June 18, 2016 at 22:17
Barbara I'm glad you can rise about it with irony!
But seriously don't you think a tax free pension starting from now of £200 a week linked to the cost of living where ever you are in the world that doesn't affect welfare payments would have been more suitable than this Caranua Shit!

This report has staggered me. I don't know where to begin.

Firstly, it seems to be an admission that Caranua have NEVER understood what they are supposed to be dealing with. If they wanted a list of socio-economic factors that contributed to the survivors incarceration, they only had to look in a couple of history books. Clearly, survivors did not come from the upper or middle classes.

Secondly, how can they say that evidence already presented in numerous reports does not give a clear picture of the types of people affected or their experiences. The report seems very wary of upsetting any authorities by admitting earlier evidence as valid.

Thirdly, how patronising to congratulate survivors on making a reasonably good fist of their lives, whilst bemoaning the reluctance of the most damaged to come forward. Are there no records?

That must be it! Because the Churches and lackadaisical Irish Welfare Depts kept such dire records, they now have no idea of how many survivors there were or are. Not surprising since I have been trying for twenty years now to get my late mother's birth certificate, details of any family of hers and an answer as to where she spent the first six years of her life before she was incarcerated for ten years. Any surprise they say they have a lack of evidence?

They need to forget all these fancy reports that talk of "targetting services" and go back to basics. They should ask a historian and a geaneologist to collect and collate all files from these institutions. These files should not be in the care of churches and archivists as they are far too often, subjected to disappearing in "fires". They are State records and the State and it's citizens should have free and unfettered access to them.

They can quite easily compile a database of persons (like Ancestry) and follow claims through from that. There should be a regular payment (as Rob said) and any other help requested should just be given. It would probably work out more cost-effective to just agree to requests instead of all this "Oh how can we make sure funds are being granted to the most needy and how needy are they?" Every report commissioned keeps someone in a job whilst, I hate to say it, survivors are slowly dying off and disappearing off the radar.

My poor mum was the gentlest, kindest mum to my sister and myself and a faithful and good wife to my dad. She suffered from low self-esteem, migraine, bouts of depression and fear that people would find out about her. She dis-owned Ireland and spoke with an English accent. She very rarely admitted to being Irish, such was her shame. She never drank, never hit us and spent all her life working in low paid manual cleaning jobs. She paid her bills and was married for 44 years until her death from lung cancer.

She had awful teeth from malnutrition in childhood (thanks to the Sister of Mercy) and was delighted when she had them all extracted and beautiful new ones made privately as a gift to herself. The Redress Board could have paid for those.

She was ashamed of her lack of education and encouraged us to do well at school. The sight of her slogging away for other people made us listen to her and is the reason we are so eloquent now.

The people who commission and write these reports only have to ASK and we shall tell them all they need to know. I dislike their inference that survivors groups allow people to cling to the past. That implies we are all sitting around comparing experiences and bemoaning our hard luck. I think, in reality, they are threatened by groups such as this, as it gives a voice to things they do not want to hear and they feel it undermines their professional opinions.

My opinion is that they are deaf, smug, crooked, pompous thieves.

Hi Rob, I would agree with you totally and the pension should continue onto our children also!! Barbara

Dee, well said and well written! I myself was with my four sibling put in a place run by the same group of bitch** I was married by the age of seventeen with my first child and I married a man 10 years older than me and an alcoholic I had two children and did the same as your lovely mum worked cleaning for others was abused by many through out my life as I had no self-esteem . I left my marriage after 26 years when my boys were almost grown up. I went back to school and got a BA degree in business management and went on to work as a director of sales in the for a region in tourist industry in the USA. I do everything for my children and would die for them the government here in Ireland have sold us down the river and this is why they will not comment or look into anything on our behalf they want us all dead and gone so we will just go away. Our children like yourself and many others on here husbands and partners need to keep up the fight. Barbara

Rob i think that is one of the best ideas i have heard yet on uses for the fund, your well researched posts are a big factor in the truth being brought into the light and i thank you for that. Michael

That Can Go Both Ways. Their Having No Evidence Or Record Is Not Any Survivor's Fault And Indeed There Have Been Way Too Many Fires Where Evidence (Records) Have Been Destroyed Deliberately In Attempt To Escape Justice. We Are The Evidence (Record).

Dee you post is touching, well written and poses some excellent questions, when the redress deals are based on and designed by criminal child abusers so they can go free and the fact that caranua is the final installment of the biggest cover up and protection of criminals in history it is no surprise to see files missing, caranua's agenda is driven by ego in so far as for some reason they think they know what is best for survivors and plain old greed, the costs of wages and expenses for caranua will likely run to 10% if not more of the entire fund.
Jack great point we are the evidence.