Irish political classes lose their fear of the Catholic church

Irish political classes lose their fear of the Catholic church

Enda Kenny, who this week launched an unprecedented attack on the Vatican. Photograph: Isopix / Rex Features 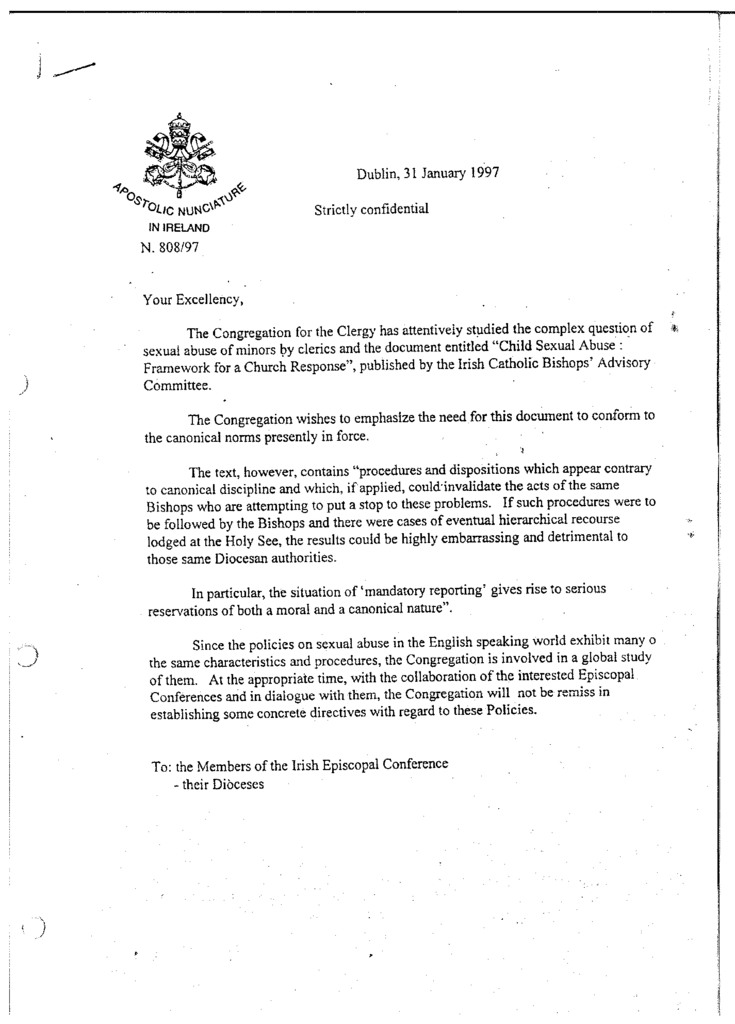 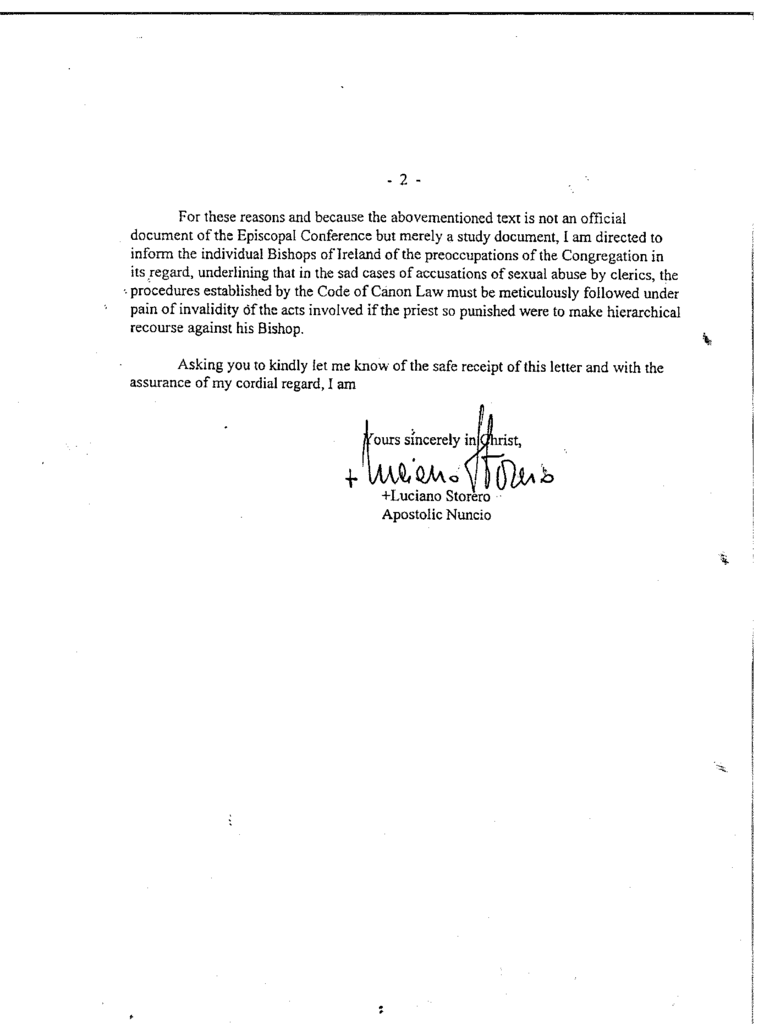 Representatives of some of the 18 religious congregations that managed residential institutions for children investigated by the Ryan commission may not attend a meeting with the Minister for Education Ruairí Quinn next Friday in protest.

They have been invited to the meeting to discuss a €200 million shortfall in an expected 50:50 contribution by them to costs incurred by…

We must destroy nest of devils in the Vatican, for Christ's sake

If the 'imposters' who run the church don't leave, then it's time to build a new one, writes Sinead O'Connor

Well, well, well, Bishop John Magee. Truly you are one of the most glorious examples of supreme idiocy in human history. As proven by you actually thinking you might fool all in the end, including God.

Shame of Ireland may Close

As those of you who have been here from the beginning; the Website was a gift from Jackie and her Mum to the Survivors.

It was paid for 1 year and I was offered the Administration of it which I have done to the best of my ability.

I am in the process of taking ownership of the website. (which is proving to be difficult)

The Question is does it continue?

The cost for another year is…

IN JUNE 2009, just over a month after publication of the Ryan report, Ombudsman Emily O’Reilly spoke candidly about 20th century Irish society. “If things were hidden, they were hidden in clear sight, the crocodile lines of boys and girls that streamed out of the institutions, the certain knowledge that corporal punishment at the very least was practised therein, the incarcerated Magdalene women in their Madonna blues and whites who walked the open streets of towns and villages in church…

a freedom group can be outsmarted by "liberators"

a freedom group can be outsmarted by "liberators" in a way that takes freedom away from the group forever and the "liberators" are gone! anybody pondering this or even thinking of responding can surely relate to how "liberation" is not always progess!

what are they waiting for?

their victims to die?

What is the Statutory Fund Supposed to Fund? How Long Have they Known?

The above has this Morning arrived in my  Personal In Box, these and others took part in the Consultation Process and these specifically stated the Statutory Fund was NOT Negotiable!

It would appear that they expect their Funding to come from the Statutory Fund?

How Long have they…

Launch of Survivors Voices in UK

I attended the launch of Survviors Voices Europe, and this is my report back on the event. Bear in mind it is MY perspective, and thus incomplete.

To all those Victims of Industrial Schools who died forgotten before the word SORRY was whispherd  behind closed doors not in the wind so we all might hear,  you have not been forgotten. Trying to seek Justice from those who Abused us and are still abusing us is a long cold cruel road where coruption Greed by dictators who insist they know what is right for us when they really mean WHAT IS RIGHT FOR THEM, Thats why they insist on the STATUARY TRUST FUND They know we the real survivors will… Continue

JOHN ,Happy St Patricks Day  to you and your beautiful family, O' How I wish I was in America.

'WARDS of the HSE" -- words to rank with "Van Diemen's Land", "Magdalene Laundries" and "Letterfrack" in the dire lexicon of government-administered Irish horror stories.

Now, we learn officially that 188 children and young people who were either 'in care' or in contact with social services have died in this extended gulag. Two weeks ago, the official figure was initially 23. A few days later, it was 37. Next, it was 151. In other words, another statistical Irish auction, filled with…

Charges initiated against Pope for crimes against humanity

Christian Sailer and Gert-Joachim Hetzel, based at Marktheidenfeld in the Pope’s home state of Bavaria, last week submitted a 16,500-word document to the prosecutor of the International Criminal Court at the Hague, Dr…

Liturgy of Lament and Repentance - The Foot Washing Farce!


On next Sunday 20th February at 3pm a Liturgy of Lament and Repentance for the sexual abuse of children by priests and religious will be held in St. Mary’s Pro-Cathedral, within the framework of the Apostolic Visitation of the Archdiocese of Dublin.

The liturgy will ask the forgiveness of God and of all survivors for the failure of those Church leaders and many others in the family of the Church to respond with love, integrity,…

Our laws still allow for the protection of child abusers

THE Irish State has connived in the concealment of abuse and has consistently failed to regulate state institutions and the church. Historically, it has done so on a massive scale in respect of industrial school abuse and has allowed a climate of uncontrolled abuse to prevail within diocesan systems.

My 28-year battle against the paedophile priests

In 1983, Jeff Anderson was just another lawyer working in St Paul, Minnesota. Then, by chance, the 35-year-old's career -- and life -- changed forever when a man walked into his office saying he had been abused by a priest.