Towards Healing is ALREADY Funded by the Catholic Church to Counsel Survivors of their ABUSES!

Why has this Good Catholic paid the Church for Something the Church already pays for for Survivors?

This has never been Sanctioned by the Caranua Board of Trustees

This Woman MUST GO NOW! 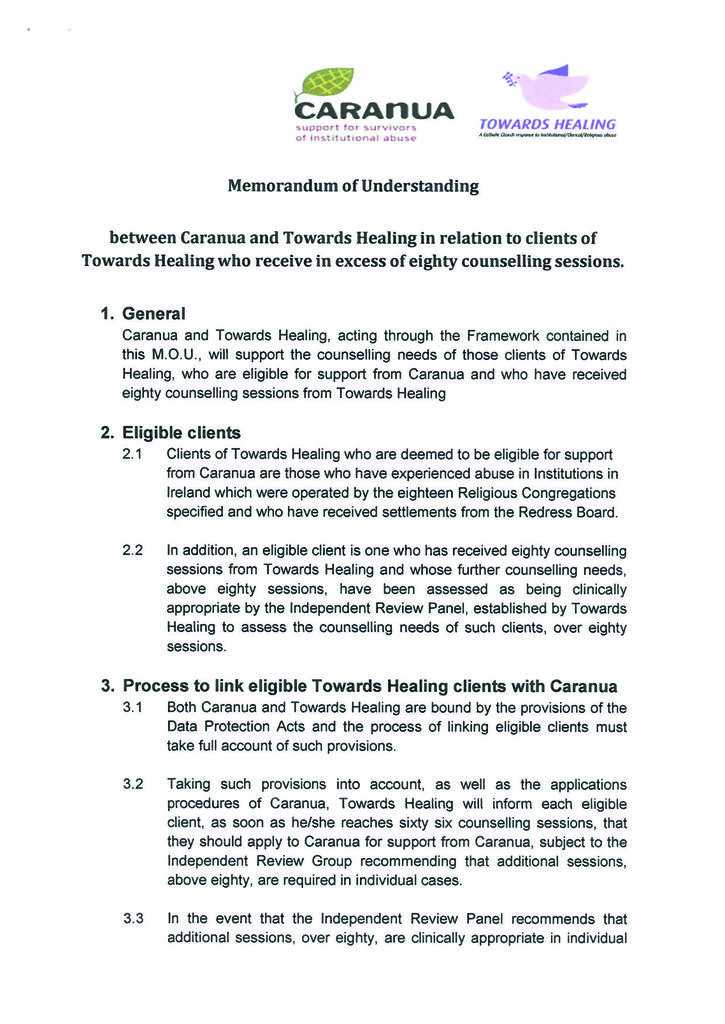 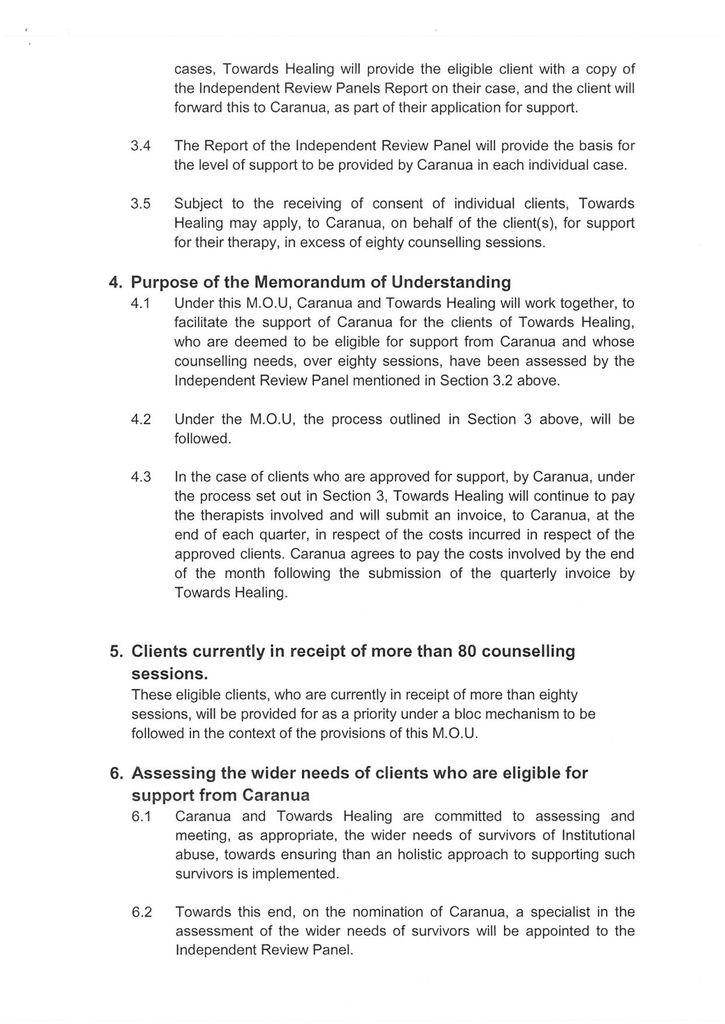 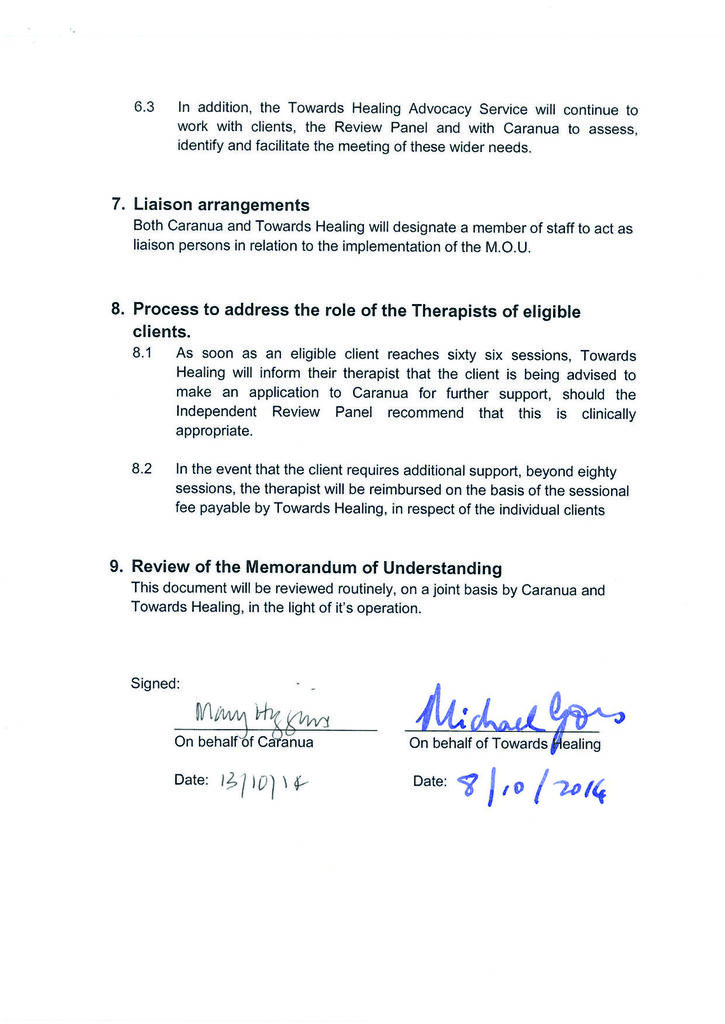 Same old, same old, the Catholic Church hand in hand with the Irish state, to the impoverishment of the Irish people.

Madam – In last Sunday's edition an article under the headline 'Church still evades moral accountability' stated that our congregation had "flatly refused" to make an additional contribution towards the costs incurred by the State in its responses to abuse in industrial schools.

This contribution of €117,506,800 was in addition to the sum of €33,091,114 which had already been contributed and the ongoing commitment of the congregation in contributing to the funding of Towards Healing.

When? Before the Consultation with Survivors on its establishment!

Came across this site rob

Alliance for the Healing of Institutional Abuse: Led by Tom Hayes, it represents over 300 victims and has received €49,288 in government funding

Right to Peace: A Clonmel-based support group chaired by Michael O’Brien. It has received funding of €35,000

Outreach: A British-based support service which has received €1,357,696

See this is the problem in a nutshell, agenda's driven by vested interests, survivors need to forget about funded groups, i would work for free to help survivors because it is something very important to me, only in that context could survivors best interests be uphelp fully and fairly, once it becomes about suckling at the teat of gov funding to enable your lifestyle you have given up any real notions of help and are merely jumping through government hoops to access the cash.

The sad thing is they are getting well paid living the high life and in all of this survivors are forgotten no wonder the government wants to do business with these groups only when your on the payroll, thats why the shame of ireland is vital it has survivors at  the centre up front no hidden agendas