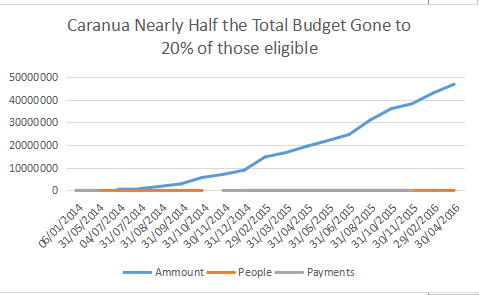 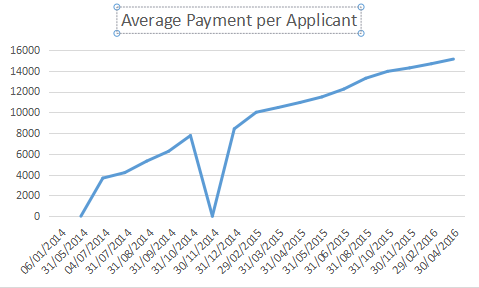 Jack if we get approved for help from the Irish human rights commission, they will either represent us or pay for legal representation, im not sure if legal aid is available for civil suit i would love to be wrong on that one, the ihrec told us they would have an answer for us around the end of june so fingers crossed on that one,

The wrongs just go on and on i am waiting for information from caranua for a complete costs break down, wages, expenses, pr drives, media campaigns, website development and posh hotel jaunts under the guise of meetings, should make for an interesting read, if and when i get it of course.

Michael:  Whatever Or Whichever The Need Is Evident.

Indeed it is Jack.

Such Being Surely Against The Legislation And An Injustice.

Hi Elizabeth GREAT QUESTION this is the one Question EVERYONE is AVOIDING.

ANSWER is In 2002 Redress agreements the Education fund covered Survivors and their Families but only Immediate relatives meaning Husband partner wife or partner and CHILDREN of Survivors.

It was not known until Parents of YOUNG CHILDREN tried to get funds for their Education Development and Skills these were only covered for Older Relatives by the Education Ministers office.

NOW the Same Education Office of Ireland has been ducking and diving their responsibility to these younger children they KNOW FULLY WELL they did NOT ALLOW to the 2002 Redress education fund.

The Education Ministers Woods Quinn and recently O Sullivan have all gave this Issue regarding young Children A WIDE WIDE BIRTH avoiding anything to do with funding our CHILDREN in SCHOOLS because this would mean having to fund and PAY for PROPER EDUCATION DEVELOPMENT AND SKILLS for the damage done to Families and then there will be open RECORDS and the Ministers office would have to answer PROPERLY to how these Children are benefiting and not cover up as they have done everything so far.

Meaning there is no documentation that show how many survivors Relatives actually benefited from the 2002 redress EDUCATIONAL fund as it was claimed to be a Majority as this false CARANUA fund they claim the majority want this SHAM and the Religious SHRINE of a TOILET Quinn called a memorial. ALL BOLLOX.

This sick Minister then had the FILTHY AUDACITY to go on a public speech on the RYAN REPORT of all Childhood ABUSE Documents that we can Redress their Children their children children's and  their children JUST BEFORE THIS LIAR set up the CARANUA FUND, HIS OPEN WORDS we have LIMITED TIME WHAT TIME? then GOES ON TO SPEW THE LIES I MENTION ON OUR CHILDREN  https://www.youtube.com/watch?v=1YqsjuiHIzc  I want that LYING BASTARD to APOLOGIZE for LYING ON OUR CHILDREN'S HEADS on such a sensitive issue regarding Abuse of their PARENTS AS CHILDREN.

HE KNEW he was to DUMP CHILDREN from ALL FUNDS as he and his FILTHY Government set up yet another rule for this CARANUA fund 2012 ten years later NO CHILDREN NO DEPENDANTS because WAI FOR IT?

EXCERPT  from the next link - copy and pasted here  ((This approach differs from that which applied in the case of the now dissolved Education Finance Board which was financed by the €12.7 million contribution provided by the religious congregations under the 2002 Indemnity Agreement specifically earmarked for educational support for former residents and their families.))

A DOWN RIGHT FECKEN DISGRACE I could NOT touch a fund due to the same thing happening here as it did when I was a child Moved around from INSTITUTION TO INSTITUTION to HIDE ME FROM MY FAMILY.

THANK YOU SO MUCH FOR RAISING THE QUESTION ELIZABETH VERY VERY MUCH YOU ARE THE FIRST WOULD YOU BELIEVE WE CANNOT IGNORE THIS SCANDEL the EDUCATION MINISTER THE GROUPS THE RELIGIOUS THE HSE AND ALL WHO REFUSED TO PICK UP ON THIS THOSE WHO IGNORE IT ARE JUST TO BLAME Like the MEDIA who KNEW.

THIS IS A MASSIVE COVER-UP the WORST so FAR as what they did to us and our FAMILIES they have done HERE. with both REDRESSES 2002 and ten years later 2012  This does NOT mean any less money for Survivors  what it means is are we to allow this DECIET of OUR CHILDHOODS be REPEATED in OUR OWN CHILDREN?

All the Education Ministers are doing is REPEATING THE SAME BULLSHIT

And Why The Education Minister Anyway?  Why Not The Justice Minister?