'Retraumatising and stigmatising': One in Four's annual report hits out at handling of sexual abuse trials

The organisation found that it supported 31 clients through a criminal trial in 2017. 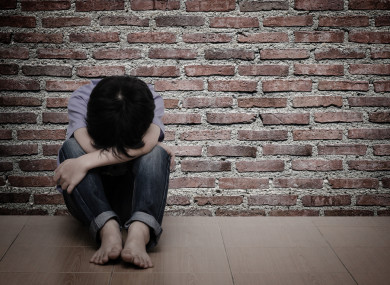 SEX ABUSE SURVIVOR charity One In Four said more must be done to make sure victims of abuse are protected in the criminal justice system so convictions of offenders can take place.

The organisation this morning launched its annual report and found that it supported 31 clients through a criminal trial in 2017 and said that most survivors of child sexual abuse felt demeaned and humiliated regardless of the verdict.

Some of its headline findings included:

In 2017, One in Four supported 38 clients whose cases went to trial. Seven concerned mentions in the District Court and 31 went to trial in the Circuit or Central Criminal Courts. Of the 31, there were 5 guilty pleas, 11 guilty verdicts and eight not guilty verdicts. Four cases are ongoing.

Many of our clients met a sensitive and professional response when making a statement to the Gardaí but unfortunately others felt shamed and doubted, usually because they were dealing with a young, inexperienced investigating officer. We welcome the rollout of the specialist Protective Service Units across the country which we hope will address these challenges.

One in Four said that all the people it supported in 2017 described the trial process as “re-traumatising and degrading”.

“Trials of sexual offences are different from other trials. There is often no forensic evidence or witnesses and everything hinges on the credibility of the witness. Defence barristers use cross-examination not only to challenge the complainant’s account but also their behaviour, character and history in an effort to undermine the reliability of their version of events. Regardless of the verdict, almost all our clients stated that if they had known the ordeal they were facing, they would never have made a complaint in the first place.”

Last year, One in Four provided counselling to 167 adult survivors and to 53 family members, a total of 2,814 counselling hours. They met 150 people for a first assessment, of whom 35 had attempted suicide before they met them. The waiting list for counselling in 2017 was on average seven months. At present its waiting list is closed.

Its advocacy officers supported 646 people to engage with the criminal justice system, to make child protection notifications and with other practical issues.

In 2017, it worked with 54 sex offenders and 23 of their family members on the Phoenix Programme.

Lewis added: “Working with sex offenders and their families is a core child protection strategy. Helping sex offenders understand the pathways that led them to harm a child is the key to prevention and to keep the next generation safe. We liaise very closely and effectively with Tusla child protection teams and the Gardaí in this work.

“We are the only agency that works with both convicted and non-convicted sex offenders. People are travelling from all over the country to attend the Phoenix Programme showing that this programme needs to be rolled out nationally. Unfortunately we now have a waiting list for the Phoenix Programme. Can it be right that men who wish to stop abusing children cannot get a place on an intervention programme due to lack of resources?”