I feel like crying here now because I can see the child within the whole lot of us here. I can see it. We didn’t want to be punished, we wanted to be loved and wanted and needed.

WITH TEARS IN his eyes John Feighery told a room full of other institutional abuse survivors now it is time for them to stand up for themselves, like they could never do as children. 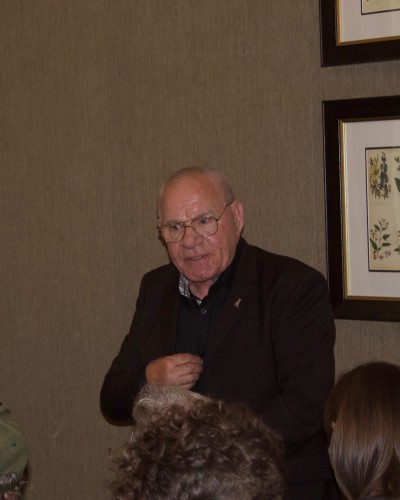 For 11 years John attended industrial schools in Letterfrack, Co Galway, run by Christian Brothers. Earlier today, he spoke at the launch of a highly critical report highlighting issues with how the State has dealt with victims like him.

The report, ‘Reclaiming Self’, authored by Anne Marie Crean and Fionna Fox, will be presented to the United National Committee Against Torture (Uncat).

It addresses three specific questions raised by Uncat in relation to the 2009 Ryan report on child abuse:

The report criticises the lack of action in prosecuting abusers and the State’s failure to put in place a sensitive and appropriate redress scheme for victims.

“We’re all angry here – that’s only natural. That hatred was kicked into us. We didn’t volunteer to go into these schools, none of us did,” John told the packed room in Buswells Hotel in Dublin this morning.

“We have our own families, some of us here have lovely family. We love, but the only love some of us can give is hard love,” he said.

He said he has a habit sometimes of shouting when he wants his children to do something right – a quality he said was “ground into us all”.

“When I do that I go down to the front room and I’m crying because I know I’m after hurting one of my children.” 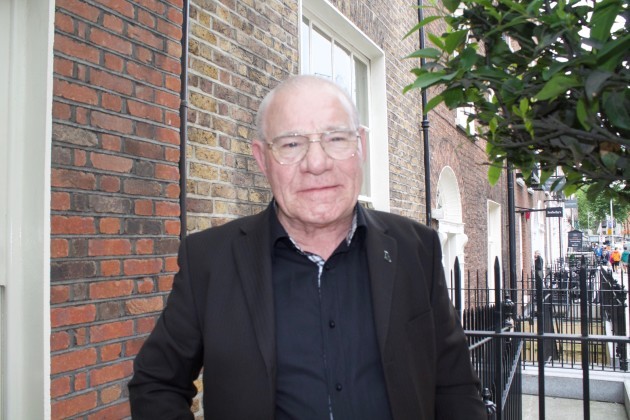 He told the room full of abuse survivors that it is important they help and support one another now.

“We were crying out for help years ago. No one listened to us.”

Now it’s time we say: ‘To hell with ye, we’re getting back what you took from us’.

Anne Marie Crean, who co-authored the report, said it is the collective voice of the victims that is the most powerful aspect of this submission to the UN.

So many victims or survivors have left these shores without knowing justice and reparation, so many, many, many more have passed away without seeing the pathway to justice, truth, reconciliation.

Crean added that many individuals who “horrifically abused children” have gone to their graves without ever being held accountable for their actions.

She said the report highlights the “quick fix culture that has been adopted by the State” in dealing with abuse victims.

‘It was never about money’

Carmel McDonnell Byrne, herself a victim of institutional abuse, works at the Aislinn education and support centre for abuse survivors and their families.

She criticised the State’s attempts at redress as “adversarial”. This new report focuses in on Caranua, the body set up to provide services and support to survivors of institutional abuse.

One psychologist quoted in the report describes old feelings being triggered because of victims’ treatment by Caranua, like “not having a voice, not being worthy, not deserving of help and respect, feeling fearful and feeling intimidated”.

“It is shocking to think that the fund, established to support individuals, has in many cases resulted in further trauma to an already vulnerable group of individuals.”

Some abuse survivors spoke of feeling stress, anxiety and depression due to their engagement with Caranua. 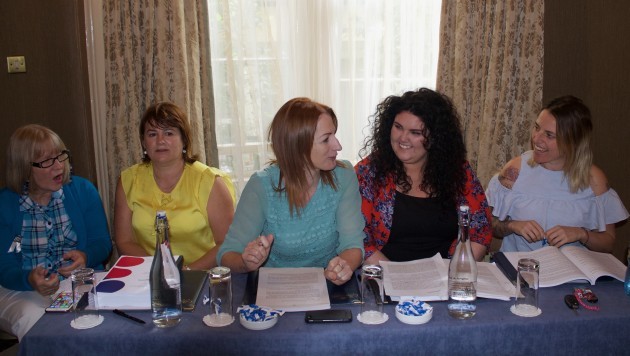 “It was never about money, it was about being believed,” McDonnell Byrne said today.

She is “hugely  concerned about the regression of people’s health and wellbeing” and spoke of receiving calls from survivors who are having suicidal thoughts.

“Someone has to be held accountable,” she said.

Supporting the launch of this report were TDs Clare Daly and Catherine Connolly, and Senator Lynn Ruane.

Daly said there had been little success in the past in getting answers to the questions posed in the report.

“What we’re here today to do is to launch an initiative that’s going outside of Ireland to get answers and to get justice, which in and of itself is an almighty condemnation of the Irish State.”

The report will be submitted to Uncat later this month.

The Caranua Experience Needs To Come With A Trigger Warning. Staff Including Mary Higgins Are Doing All They Can To 1, Put "Survivors"  Of Church And State Abuse Off From Accessing Their Fund By Being The Source Of Constant Grief And Torture 2, Spending The Money On Themselves Instead. The Minister Of Education And Skills Is Pretending Not To Be Administering The Grief And Torture.

For The Longest Time Throughout History Doctors Have Been Involved In Brutality Against The People .. Also Psychologists And Lawyers Etc.

The church will not rest until they get back every penny they have had to hand over to survivors - we are like the dirt on their shoes and having to hand over money to us would be like asking for their blood. They probably tell themselves who do these survivors  think they are taking our money. The question I would like answered by Caranua is how much services they have received for survivors from the HSE, the County Councils, Medical Cards etc. that survivors were already entitled to with out using one penny from the fund.

Absolutely Spot On Post Barbie!  It Feels Like Revenge For Daring To Complain About The Child Abuse At The Hands Of The Church And State (Ministers).

for those who live outside Ireland and england there are no medical cards. we have to pay ourselves. no help for transport either.And most of the groups ignored our existance once thay had our addresses so no information either from them.

The Abuse And Suffering Goes On By Design.